WWE.com’s 10 reasons to check out the latest episode of WWE NXT Redemption.

10) Titus O'Neil has added some bite to his bark. 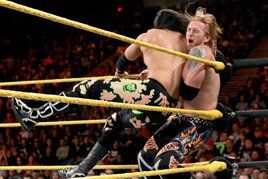 9) Can Heath Slater finally pick up a victory on the show that kick-started his career?

8) Maxine compares who to an American Idol?

6) Who does Titus O’Neil shockingly shove to the ground?

5) Tyler Reks & Curt Hawkins want to prove they are the future of tag team competition and battle The Usos. 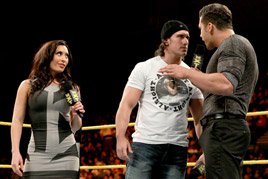 4) Johnny Curtis confronts Maxine and Derrick Bateman about what happened in Vegas!

1) You can watch WWE NXT Redemption in its entirety only on WWE.com!