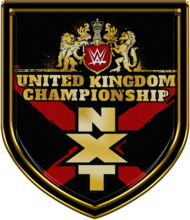 
The second night of WWE’s return to Royal Albert Hall was one for the history books, as U.K. Champion Pete Dunne defended the crown against U.K. tournament winner Zack Gibson in a hard-hitting showdown, Moustache Mountain dethroned Undisputed ERA as the NXT Tag Team Champions, and more.

LONDON — Night Two at Royal Albert Hall kicked off with a bang — or, rather, a Bop and a Bang — as Moustache Mountain defended their home turf and became the new NXT Tag Team Champions with a stirring victory against Undisputed ERA.

The irreverent champions, Kyle O’Reilly & Roderick Strong, unloaded a cavalcade of hard strikes, but Tyler Bate & Trent Seven were firing on all cylinders, both individually and as a unit. “Textbook” Bate’s remarkable feats of strength (such as fighting off O’Reilly’s sleeper hold while deadlifting Strong into a suplex) were game-changing, as was Seven’s savvy ring awareness.

Undisputed ERA, who were perhaps still reeling from losing to British Strong Style in a Six-Man Tag Team Match the night before, also suffered from pivotal miscalculations. A missed high-low attempt late in the match opened the door for Seven & Bate to hit O’Reilly with an incredible Torture Rack/flying knee drop combination. The referee counted to three and the NXT Universe erupted. As chants of “You deserve it!” carried through Royal Albert Hall, Moustache Mountain took the titles over the ring barricade and celebrated with their countrymen.

Exclusive: Why are O'Reilly & Strong disputing their loss to Moustache Mountain?

During a hard-fought matchup, Killer Kelly delivers a vicious kick to one of the best female competitors in the United Kingdom.

England’s Charlie Morgan relied on speed and technique to reign supreme in her WWE Network debut against Portugal’s Killer Kelly, who proved herself to be a dangerous competitor in a Triple Threat Match on Night One.

After an initial stalemate, Kelly’s viciousness took over. She stomped and suplexed Morgan, and nearly made her submit to a back-bending dragon sleeper. Yet, Morgan weathered the storm, and when Killer Kelly went for a German suplex, Morgan reversed it into a tight roll-up to score the pinfall win out of the blue. Kelly may have inflicted more damage, but Morgan knew how to finish the job.

After being sidelined by an injury for six months, The Scottish Supernova makes a surprise return to transform a Triple Threat Match into a Fatal 4-Way, wherein the winner will be the next challenger to the WWE U.K. Championship.

Competing for the first time since tearing his meniscus six months ago, Noam Dar made a dramatic return to the ring, but he also made up for lost time, jumping to the front of the line of WWE U.K. Championship contenders.

The breathtaking action never let up from the opening bell; if Andrews or Morgan wasn’t soaring through the air with reckless abandon, The Kiwi Buzzsaw was trying to take someone’s head off with a kick, or Dar was exploiting an opponent’s weakness.

Such was the case when Banks avoided a Shooting Star Press by Andrews late in the match. Dar wisely pulled Banks’ injured arm – which was taped up due to damage done the night before – over the ropes, then cracked him with a head kick for the win.

As Dar celebrated up the aisle, Joe Coffey, who jumped Banks after their tournament match on Night One, hit the ring alongside his brother, Mark Coffey. They laid waste to both Banks and Andrews, and then stood in the ring, arms crossed, while Dar made sure to keep a safe distance.

Exclusive: Why was Noam Dar ducking the Coffey Brothers?

Mauro Ranallo said it best when he described Adam Cole’s NXT North American Title defense against Wolfgang as a “tough night at the office.” The Last King of Scotland punished The Panama City Playboy with an unrelenting onslaught, but Cole proved up to the task. As the battle wore on, Cole’s stamina and wherewithal became increasingly important. When Wolfgang took too long to scale the turnbuckles, the Undisputed ERA frontman met him with a superkick; when Wolfgang went high-risk in search of the Howling, Cole saw it coming and got his knees up in time. After that vital error, Wolfgang was felled by a brainbuster onto the knee and Cole’s Last Shot.

It wasn’t easy and it wasn’t pretty, but Cole made it out of Royal Albert Hall with the NXT North American Title still in his grasp.

Following a tricky tag from NXT Champion Aleister Black, The One and Only enters the action and ignites the crowd as he takes out EC3 and The Velveteen Dream in the opening moments of a historic tag team encounter.

Of the many questions that loomed heading into this veritable dream match against NXT Champion Aleister Black & Ricochet, one pondered how the outsized personalities of EC3 and Velveteen Dream would get along. As it turned out, not well.

Dream again showed he’s not a tag team partner to be trusted. After a couple of miscommunications — including EC3 using the top rope to pull himself onto the apron, which caused Dream to lose balance on the top turnbuckle and hurt his knee — Dream rejected a tag from The Top One Percent and stormed out of the ring.

An enraged EC3 screamed that he would “end” ­Velveteen Dream, but little did he realize that The Dutch Destroyer was standing behind him, ready to bring EC3’s night to an abrupt end. By the time EC3 turned around, it was too late. Black Mass was already in service, and a tag team victory for Black & Ricochet was academic. Afterward, The One and Only, who has made his title ambitions known in the past, graciously handed the NXT Title to Black in a show of respect.

Zack Gibson is feeling confident against Pete Dunne, until the WWE United Kingdom Champion puts him painfully in his place.

After battering his way to the top of the 2018 WWE United Kingdom Championship Tournament, Zack Gibson ran into somebody even crueler and more dangerous than he: U.K. Champion Pete Dunne.

Looking to repeat the success that his Shankly Gates wristlock brought him the night before, Gibson wore down The BruiserWeight’s arm and shoulder, sending him into the ring barricade and steel steps. Dunne fired back often, however, and was willing to take some damage if it meant inflicting more, such as when he countered Gibson’s Helter Skelter into an X-Plex on the entrance ramp.

The hard-hitting fight reached a fever pitch after an action-packed exchange that culminated with Gibson hitting an avalanche Helter Skelter. Gibson then locked in the Shankly Gates, but Dunne bravely fought his way to the ropes to break the hold.

The U.K. Champion looked down and out after 2018 U.K. Championship Tournament winner repeatedly stomped him in the head, but Gibson was soon overcome by his own hubris. As Gibson brazenly slapped Dunne and boasted, finger pointed skyward, that he is Liverpool’s No. 1, Dunne latched on to Gibson’s exposed digit and cranked it sideways. He then clobbered Gibson with a huge forearm smash and hit Bitter End (his second of the match) for the pinfall victory.

As The BruiserWeight took in the deafening reception to his victory, the entire NXT UK roster gathered alongside Dunne and Triple H at the top of the entrance ramp, giving the fans inside Royal Albert Hall a glimpse of what’s to come as the brand enters its next chapter.