Andy Leavine: "Raging" into the Machine

Standing in the middle of the ring on Monday Night Raw, in front of more than 15,000 members of the WWE Universe in Richmond, Va., Andy Leavine experienced the kind of thrill every kid that grew up wanting to be a WWE Superstar dreamed of. With all eyes on the dynamic up-and-comer – his body shaking with anticipation for a moment that could define his life forever – WWE Hall of Famer "Stone Cold" Steve Austin announced him as the “Tough Enough” Champion. Andy's lifelong dream had come true. In an instant, he was finally a WWE Superstar. The rush of adrenaline was indescribable.

Then, in the midst of celebration, reality literally gave him a harsh slap in the face. WWE Chairman Mr. McMahon officially welcomed WWE's newest Superstar into the WWE world with a blow to the face, followed by a “Stone Cold” Stunner from The Rattlesnake himself. With that, Andy realized that regardless of what he had just accomplished, there was plenty of work yet to be done. 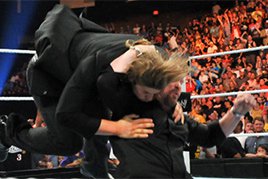 Not at all deterred by his painful "congratulations," Leavine told WWE.com, "It's important that you pay your dues to the guys who came up in this business. I guess that was my official welcome to WWE."

The determined grappler, known as "Silent Rage," has captured an illustrious WWE contract by training with elite WWE ring warriors Booker T, Trish Stratus and Bill DeMott. And now, on the road to his WWE debut match, Leavine journeys to Florida Championship Wrestling (FCW) - WWE's prestigious training ground - to fine-tune his skills with a slew of WWE Hall of Famers.

"It was an incredible experience," Andy described of winning USA's hit reality series and the announcement of his triumph on Monday Night Raw. "It was pure emotion ... excitement. A huge adrenaline rush flowing through the entire body."

Leavine, who grew up idolizing larger-than-life icons like The Undertaker and Kane, has officially been initiated into one of the most exclusive clubs in all of entertainment. It's no wonder that he welcomes the chance to train with the cream-of-the-crop at the state-of-the-art FCW facility, before unleashing his legacy on the world. 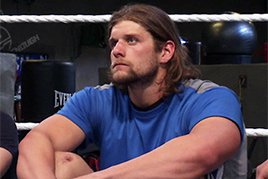 "I felt like they made a great choice in Andy," remarked Steve Keirn, President of FCW. "He was really determined to make it and had a lot going for him: His size, his youth, his aggression. His heart seemed to be into it and we're happy that he made it.",

Leavine couldn't think of a better place than FCW to fine-tune his skills to meet the incredible challenges the WWE roster has to offer.

"First in 'Tough Enough,' and now in preparation for my impending WWE career, I get the opportunity to learn from the best," WWE's new Superstar added, describing the privilege of studying with the likes of Ricky "The Dragon" Steamboat and "The American Dream" Dusty Rhodes. "Their overall influence and wisdom are the biggest advantages I have toward becoming a true force to be reckoned with."

"Generally speaking," Keirn expounded, "the biggest hurdle toward achieving success in WWE is intimidation. The bar has been raised pretty high. Everybody is looking to secure a position on Raw or SmackDown. Competition is probably at its highest level right now."

It's because those stakes are so high that Leavine has no intention of wasting his place at the table. 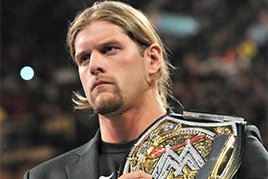 "I welcome all the challenges that I'm going to face." he said. "I am proud of winning 'Tough Enough.' However, now it's time to slap on the belt, tighten it up and get my WWE career rolling."

Chomping at the bit to officially begin competition in WWE on Raw or SmackDown, Leavine pledges to take on all comers. "I have no qualms about facing anybody in WWE," he said. "The more matches I can get, the better. That's how you become experienced. That's how you move your way up."

As the WWE Universe waits on the edge of its collective seats to see when and where the winner of "WWE Tough Enough" will make his debut, Leavine made it clear he would be focusing on one dominating philosophy: "Work hard, break bones and persevere."