Two words: WWE Network. Coming off a WWE Raw SuperShow with the firing of Kevin Nash (and some suspicious creeping of WWE EVP John Laurinaitis), the inspiring preview of an all-new vehicle for WWE entertainment is leading the Twitter chatter and for good reason.

Kevin Nash as Super Shredder
The secret that oozed from CM Punk’s lips on Monday night was a comment that the most astute WWE Universe members were waiting to hear from the sharp-tongued Straight Edge Superstar. Referring to Kevin Nash’s cinematic performance as Super Shredder in the 1991 Teenage Mutant Ninja Turtles sequel, Punk riled up the big man just moments before his termination by Triple H. Rough night for Nash and New World Order revivalists around the globe.

Many would say it’s a shame we didn’t get to hear the full string of verbal barbs Punk had brewing in his brain since his criticisms were curtailed by the resonance of The Game’s self-titled entrance theme last night.

“… I’m not done,” uttered The “Voice of the Voiceless” underneath the chords of Motörhead. Unable to complete his sentence while competing with the WWE Chief Operating Officer’s theme, Punk lowered his pipebomb momentarily … until ultimately ridiculing Triple H’s signature sledgehammer swing.

@peroxwhyLUSH: If they're gonna cut @CMPunk off on the mic time and time again...let the guy walk. Be much better somewhere without greedy execs n the bank

@Maffewgregg: Actually I'd like to see Nash come out as Super Shredder one more time, just so Tony Chimel can call him SUUUUOOOPPERSHREDDER

@arda_ocal: Super Shredder is trending worldwide. He was the weakest villain in movie history... not just because Nash played him in Ninja Turtles 2

@FrankWWEClown: Super Shredder is trending worldwide. The Pipebomb strikes again. The @WWEUniverse has once again taken over. #WWE #RAWSupershow

@theisb: Man, CM Punk, you should not be dissing Super Shredder, you know that Ooze has mutated his beard. #Raw 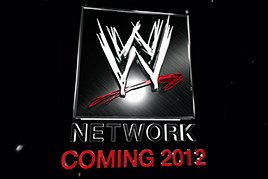 The new WWE Network
At one point, all attention was suddenly rapt by the image of a steel cage perched “Superfly” Jimmy Snuka during WWE Raw SuperShow. Ensuing visuals of the most classic WWE moments upon which a Universe was formed led to the announcement that a WWE Network was on its way. (WATCH)

Some fanatics have claimed that the end of the world would come in 2012, but more people are starting to believe that it’s just the beginning of a whole new one for sports-entertainment. Questions are plentiful at this time and while searching for answers, solace lies in the idea that next year, WWE action will be more accessible on your TV than ever before.

@!KelleyBelley08: @WWEUniverse When the @WWE Network comes along, I will never turn the channel. #WWENETWORK

@seanrlowe: WWE Network debuts in 2012. And unless you're delivering a pizza or bringing the popcorn you will never see me outside again. Lol. #fb

@fredthewolf: WWE Network...yeah, I wouldn't mind that at all... #wwe #raw

@KLEPONE: Whoa...WWE got their own channel!? That's nuts! WWE Network is going to be sick!

@MikeBNY: @JRsBBQ if the wwe network goes live you should have your own cooking show! 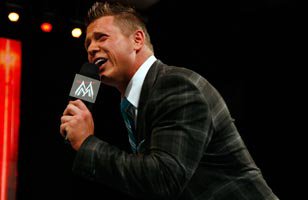 The Miz and Air Boom’s fashion
This Thursday kicks off Fashion Week in New York City and the WWE Universe is following suit. Literally. Many noticed the eye-catching threads of the plaid-patterned Miz. However crass his antics and words, The Awesome One has an impeccable if not bold style. Those seeking fashion tips from The Miz can look back at WWE.com’s Superstar Quarterly video feature on his tailored look.

Ironically, it was The Miz’s potential Night of Champions opponents, WWE Tag Team Champions Kofi Kingston & Evan Bourne, who also allured WWE fans with their persistence in rolling with matching ring attire. The Carolina blue hued “Air Boom” is throwing it back to classic ring tandems known for color synced garb, including The Hart Foundation, The Rockers and more.

@TangReggie: @WWEUniverse @WWE Glad to see AirBoom matching, starting to look like a real team team. Now can they enter together?

@thekevinlc: My bad! The suit @mikethemiz wore on @WWE #RAW wasn't polyester so he didn't borrow it from McMahon. Jim Barnett Memorial Collection?

@MizLuvr0806: People need to stop hating on @mikethemiz's suit! It's awesome! Now STFU and leave the Awesome One alone! He looked good in that suit!

@Dis_Nolan: Uh @mikethemiz's suit looks like a 70's basketball coach. All he needs is some rolled up paper & a whistle.
@onecountkickout: I love you @mikethemiz but that suit looks like it's made from Archie Bunker's chair #WWE #RAW
@aaron24wood: Vince McMahon may be gone from the WWE, but @MikeTheMiz is continuing the tradition of hideous suit choices.

@Dominican_Noble: This match between R-Truth and CM Punk is pretty good! I like that The Miz & R-Truth are working together now. =] @WWE #RAW.

@Travis_7aces: @ZackRyder @WWE are you kidding me bro!? Long island iced Z in the buckeye city on #Raw!? Woo woo woo! You know it bro! What a role model!

@Jack5326: #HeathSlater The awkward moment when your skin is the same colour as your hair.

@WWE#RAW@EricIGN: Anyone else hear that lunatic woman SHRIEKING various things from the crowd during @WWE Raw tonight? My voice hurts just hearing her

@BriiLeanne:That annoying women who keeps screaming in the background is driving me nuts. @WWE

@dal3y_aka_dhnyc: @WWE Did you see that? Cena reversed Swagger's ankle lock into his STF to win the match for his team... #RAW

Share your voice with the rest of the WWE Universe on Twitter by using #RAW and check back next week for the another edition of Day After Raw.