Which title is best?

In the midst of a whirlwind Night of Champions this Sunday (FULL COVERAGE), WWE.com asks the WWE Universe: "Which is the greatest title in the history of WWE?"

When considering which title is the most significant, many fans would automatically state the WWE Championship. Indeed, the WWE Title stands alone in many ways, largely because of its rich tradition. In 1963, the great Buddy Rogers first captured it, reigning supreme in a highly competitive tournament of destiny.

Since then, the WWE Title has stood as the ultimate symbol of excellence every WWE Superstar aspires to achieve. The iconic competitors that have risen to the top of the mountain to claim its glory reads like a Who's Who of squared circle superiority - including "Superstar" Billy Graham, Bruno Sammartino, Bob Backlund, Hulk Hogan, Bret "Hit Man" Hart, Shawn Michaels,“Stone Cold” Steve Austin, The Rock, Triple H, The Undertaker and John Cena.

However, to stop there would be to deny so much of what has made WWE the entertainment juggernaut it is today. When the contributions of many past and present WWE titles are weighted side-by-side, it's hard to tell which of them is, in fact, the championship of championships.

Some purists have argued that the World Heavyweight Championship's original importance was simply to balance the scales. After buying rival WCW, WWE had more Superstars than it knew what to do with. So, it was decided that the ring warriors would be split, becoming either Raw or SmackDown competitors. In 2002, when the WWE Champion signed exclusively to SmackDown, it became necessary for the World Heavyweight Title to be created.

Since that moment, the World Title's existence has made it possible for two of the most elite Superstars in WWE to stand above the rest at the same time. Furthermore, its larger-than-life look has commanded the attention of the entire WWE Universe, with a huge, golden design that resembles several honored titles of the past. Perhaps its greatest contribution, however, has been the legendary champions who have battled for it in epic fashion, including Triple H, The Undertaker, Edge, Chris Jericho, John Cena and CM Punk.

The Intercontinental Championship is special to WWE because it has traditionally represented a stepping stone to greatness. Many rising Superstars destined to one day capture the WWE Championship would often first wear the Intercontinental Title around their waist. Because of this reputation, the title has attracted ambitious rule-breakers whose questionable tactics make title matches that much more interesting.

The United States Championship has a similar purpose as its Intercontinental counterpart. However, with its roots in the rich NWA tradition, it adds enormous prestige to any up-and-coming grapplers of glory.

Initially, the European Championship - eventually unified with the Intercontinental Title - brought another exciting first to WWE, as it had the unique characteristic of only being defended in Europe. Even after that tradition ended, it always managed to add an element of fun and unorthodox behavior to WWE ring action, whether that meant one of the titleholders introducing himself as hailing from a different European city each night, or D-Generation X using it as a punchline to their uncontrollable antics.

In a way, WWE's ECW Championship could trace its roots back to Philadelphia in 1776, when a small band of American colonists proclaimed they were independent of the British Empire, using their rebellion to create the United States of America. More than 215 years later, Extreme Championship Wrestling launched an in-ring rebellion in the same city, pushing the envelope like never before with a mixture of wild matches and extreme brutality. Soon after the bankrupt company was bought by WWE, ECW was recreated and a new ECW Title was reborn.

Because of its connection to the past, some fans considered the new ECW Championship to be a de facto World Championship. Regardless, there is no arguing that the title's name added incredible status to the crown jewel of WWE's revitalized ECW, which in turn helped pave the way for many of WWE's "Superstars of tomorrow," including The Miz, CM Punk, John Morrison and Jack Swagger.

The now-defunct Hardcore Championship could be, hands down, the most exciting title in WWE history, for the sole reason that it was up for grabs 24/7. And because the champion could be attacked anywhere that a challenger could drag a referee to, it often carried WWE out of the ring and into places never before thought possible. This included locker rooms, parking lots, golf courses, airports, kid's full houses and even a McDonald's. 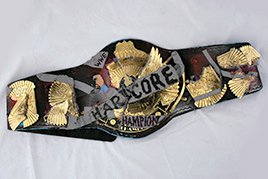 WWE's Cruiserweight Championship symbolized for many a unique, alternative experience to traditional Superstar matches, celebrating a division of relatively "smaller" ring warriors that had gone largely overlooked in the past. What its combatants lacked in size, they more than made up for in fast-paced electricity and undeniable charisma. Future World Champions like Eddie Guerrero, Rey Mysterio and Chris Jericho first built their reputations battling for this prize before coming to WWE, which only added to its importance once it was transitioned into the big time.

The cruiserweights' high-octane style made every title match an instant thrill ride. It served to further elevate WWE Superstars like Mysterio, Chavo Guerrero, Billy Kidman, Jamie Noble and even Hornswoggle - the last WWE Superstar to win the title. It also joins the Intercontinental and Hardcore Titles as one of WWE's championships won by a Diva - in this instance, Jacqueline.

The Women's Championship paved the way for the esteem enjoyed by WWE Divas of today. It's first champion - The Fabulous Moolah - set an incredibly high standard, holding the gold for nearly three decades in her first reign, a standard that would inspire extraordinary Divas like Trish Stratus, Lita and Beth Phoenix. Moreover, the battle between Moolah and Wendi Richter in the '80s played an important part of the "Rock n Wrestling Connection" which helped pave the way during the first WrestleMania. 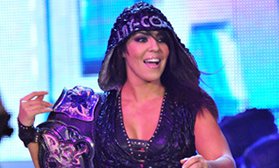 In 2007, the Divas Championship introduced a unique look of both style and sophistication to the Divas' top prize, fusing the enormous tradition of the Women's Title with the attitude and beauty of today's WWE Divas. In every sense of the word, it was a true reflection of the modern femme fatales that now battle for its possession.

The celebrated World Tag Team Championship played an extremely entertaining role in bringing WWE to prominence, showcasing duos that literally doubled the excitement of singles matches. Often times, it lifted both the title holders and their challengers to such heights that many of them went on to become WWE elite in singles competition. After all, without the Hart Foundation's title history, there might not have been a Bret Hart; without The Rockers' fasted-pace pursuit of the gold, perhaps Shawn Michaels would not have become The Showstopper. 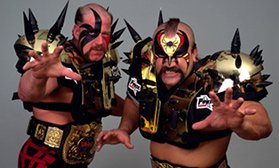 Like the World Heavyweight Championship, the WWE Tag Team Championship began as a crucial way to balance WWE's brand expansion - a title that would solely be defended within a single brand. However, it has since become so much more. Though only around since 2002, it has shined a huge light on dynamic teams like Los Guerreros, Miz & John Morrison and Air Boom, combinations whose charismatic athleticism has set WWE ablaze time and again.

With such a variety of contributions, it may be impossible to determine WWE's top title. WWE.com invites the WWE Universe to get in on the action and voice their own opinion on WWE's greatest title. Click here to become a top contender in this fierce debate.