Will Del Rio recover a return on his investment?

At Night of Champions, Alberto Del Rio lost the WWE Championship to John Cena, one month and four days after cashing in his Raw Money in the Bank briefcase at SummerSlam. The Mexican Aristocrat believed it was his destiny to become WWE Champion, and even achieved it. However, he certainly could not have anticipated his championship reign being the second shortest of any Superstar that has won the title by cashing in the briefcase. (NIGHT OF CHAMPIONS PHOTOS)

The return on Del Rio’s investment is undoubtedly disappointing, as many of the Superstars who cashed in their Money in the Bank briefcases have gone on to prove they are indeed worthy World Champions. How could Del Rio have gone wrong? He followed a strategy similar to every Money in the Bank winner before him: (except for Rob Van Dam, who holds the shortest reign) He took advantage of the champion at his weakest moment and captured the title. This strategy is all about timing and after a few retracted attempts — something many of the briefcase winners have done — Del Rio took advantage of a battle-weary CM Punk at SummerSlam and fulfilled his destiny.(SUMMERSLAM PHOTOS) 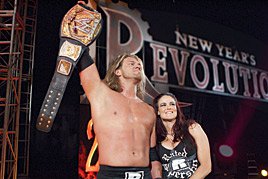 It was in January 2006 that this trend began with WWE’s first Money in the Bank winner, Edge. After a vulnerable John Cena retained the WWE Championship in a grueling Elimination Chamber Match at New Year’s Revolution, Edge cashed in the briefcase and won his first World Title. This victory catapulted The Rated-R Superstar to new heights and he would go on to become an 11-time World Champion. From the very beginning Edge fulfilled the dreams of all Money in the Bank winners and set the standard for cashing in their championship contract.

When compared to former Money in the Bank winners such as Edge, Del Rio’s loss certainly calls into question what he believes to be his destiny. How the former WWE Champion rebounds from his devastating defeat will be the true test of his fate, and what could define his WWE career.

If Del Rio wants to follow in any of the Bank winners’ footsteps, he’d be well-advised to follow the “Awesome” strides taken by The Miz in 2010. One of the greater success stories of the annual ladder match The Awesome One  timed his cash-in perfectly and defeated an injured Randy Orton to capture his first WWE Championship on Raw one night after Survivor Series. The Miz became the self-proclaimed “must-see WWE Champion” and went on to headline WrestleMania as the title holder against John Cena. On the other hand, Miz also became his own worst enemy, believing that conspiracies holding him back from the pinnacle of WWE. After attacking a referee at Night of Champions, he and R-Truth were fired the next night on Raw SuperShow.

The only two-time Money in the Bank winner, CM Punk, was unceremoniously stripped of the World Heavyweight Title after two months in 2008 following an attack by The Viper. The assault left The Straight Edge Superstar unable to compete in a Championship Scramble at Unforgiven that very same night. At Night of Champions in June 2009, Punk cashed in the briefcase moments after Jeff Hardy won the World Heavyweight Title, and became embroiled in a bitter rivalry that ultimately saw Punk get the better of Hardy.

WrestleMania XXVI Money in the Bank winner Jack Swagger cashed in his opportunity after Edge speared Chris Jericho on SmackDown. Swagger’s reign as World Heavyweight Champion was promising for a first-time title holder, who battled and retained the championship against the likes Big Show and Orton. The All-American American’s reign came to an end when he was defeated in a Fatal 4-Way Match.

Winning the Money in the Bank isn’t reserved only for hungry Superstars who have yet to carry a prestigious World Title. In July 2010, former WWE Champion Kane also ascended to the top of the ladder and secured the briefcase. Then, that same night, he cashed in his opportunity against Rey Mysterio to become a multi-time World Champion. Kane dominated SmackDown for five months before losing the title in a Tables, Ladders & Chairs Match at WWE TLC.

The way in which Alberto Del Rio recovers from his first WWE Championship loss at Night of Champions will be the true test of whether or not he made a long-term wise decision to cash in the briefcase at SummerSlam. Clearly irate at the outcome of Night of Champions, with a short reign in the history books and nothing but claiming destiny to back it up, The Mexican Aristocrat needs to step up and prove that he was indeed meant to be a champion, rather than a sly opportunist mimicking those that went to the Bank before him.

Del Rio will have the chance to set his destiny back on course at Hell in a Cell on Sunday, Oct. 2 at 8/5 PT when he battles WWE Champion John Cena and CM Punk in the first-ever Triple Threat Match inside the unforgiving Hell in a Cell.