WWE's other ideas of Hell

Hell: the place or state of punishment of the wicked after death; the abode of evil and condemned spirits.

As the WWE Universe prepares to witness one of the most hellish forms of combat at WWE Hell in a Cell, WWE.com takes a look at some other things that share a tie to the dark underworld.

"Highway to Hell"
Really, does any band rock harder than AC/DC? Their classic tune “Highway to Hell” was the official theme for SummerSlam 1998, when "Stone Cold" Steve Austin battled The Undertaker for the WWE Championship. Oh hell yeah!

Hell’s Gate
When The Undertaker locks you in this lethal submission maneuver, it’s lights out for his opponents. You'll rest, all right, though it probably won't be "in peace." 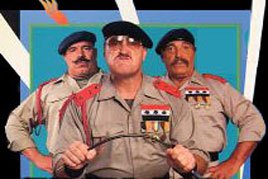 "No Chance in Hell"
As a savvy and ruthless businessman, Mr. McMahon created a global entertainment juggernaut. Think you can top that accomplishment? To quote his infamous entrance theme, you've got “No Chance in Hell.” 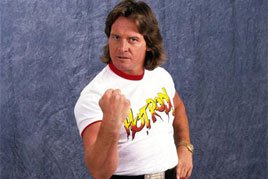 Hell Comes to Frogtown
In this 1988 sci-fi/horror flick, Sam Hell (played by WWE Hall of Famer "Rowdy" Roddy Piper) battles a mutant frog gang on a post-apocalyptic Earth. We’ll let you decide if the movie is good or bad, but we'll always have a soft spot for “Hot Rod.” Especially when he yells, "Eat lead, froggies!"

MORE HELL
What are some of your favorite hellish moments in WWE history? Sound off now on
WWE's Facebook and Twitter pages.