BFFs no more: WWE and beyond

The "Flawless" duo is no more. From counseling sessions to backstage brawls, Lay-Cool's mean-spirited antics have led to the gal pals' disbanding. Remember, though - this isn't the first pair of BFFs to travel down the road to Splitsville in entertainment. Take a look as some of memorable BFF break-ups from inside the ring and beyond!

Check out WWE.com's Splitsville gallery here, and don't forget to leave your feedback on Facebook and Twitter! 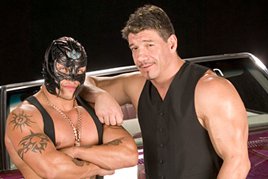 They may have captured tag team gold together, but the split between Eddie Guerrero and Rey Mysterio - a once-unbreakable friendship - was anything less that amicable at one point in WWE history. For the two Superstars, as close as family some might say, jealousy and a suplex onto the steel steps during SmackDown severed the friendship entirely ... but caused some great and emotionally-vested matchups for the WWE Universe to enjoy.

The paired parting of Hilton and Richie might be the most highly-publicized and analyzed friendship break-up in current pop culture. Paris continues to state that Nicole "knows what she did," and has refused - for the better part of five years - to divulge the reason behind the friction and subsequent separation. In some ways, this may parallel Lay-Cool's demise. Jealousy, one thinking they are carrying the other, maybe one feeling the other was holding them back. As for Paris and Nicole, they can now just live the "Simple Life" ... with millions of dollars. 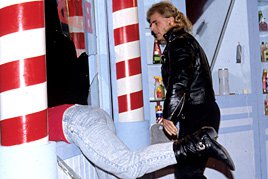 WWE.com would be remiss to not mention the superkick that broke a window, dissolved a partnership and launched an incredible WWE Hall of Fame career. Shawn Michaels and Marty Jannetty, better known as The Rockers, were young, athletic and attention-grabbers. The tag team was poised for massive success ... until an episode of "The Barber Shop" with Brutus "The Barber" Beefcake. After letting the WWE Universe initially think there may be a reconciliation between the two, Michaels went on to superkick Jannetty and throw him through a window. Yeah, friendship, ended.

When she's not sitting in courtrooms, Lindsay Lohan is an actress. Who can forget The Parent Trap or the WWE.com favorite Mean Girls? However, the star would like to forget the past few years and perhaps one incident with DJ Samantha Ronson, in particular. Nobody really knows what went on with Ronson and Lohan - but if Lindsay's clothes, which Ronson threw out of a window and onto a California street, are any inclination ... well, perhaps one of them can next star in I Know Who Shrilled Me. 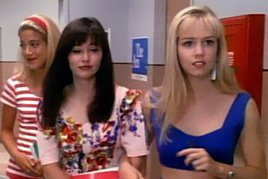 The "darlings" of Beverly Hills 90210 may have been the most back-and-forth friends in TV history. Who can forget when Kelly Taylor and Brenda Walsh wore the same dress? Or when they both vied for the same part in a play? The competitive nature between the two was evident throughout the series' 10 seasons on the air - in fact, the only time there may have been some sense of real friendship was in the chant "Let Donna Martin graduate!"

It's real, but it's not - that's the premise behind MTV's series The Hills. Yet the drama between two of its stars, Heidi and Lauren, is anything but fake. From allegations of rumor-mongering to dropping friends for guys, the drama expanded from just television magazines and the digital space. Maybe even outer space, who knows. 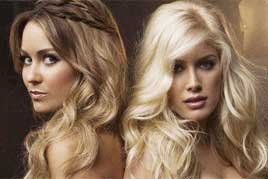 All it takes is insulting someone's family ... or their manhood. Jagger and Richards, of the iconic rock band The Rolling Stones, had a dust-up because of Richards' harsh words about Mick's "little Jagger" on stage at a show. Mick took the comments personally and confronted his long-time bandmate - then subsequently refused to talk to him, causing an icy situation backstage on their tour, but providing some hot shows for scores of ticketholders.