The return of The nWo?: Modern-day members

Fifteen years ago, Kevin Nash's debut in WCW created a storm of chaos and controversy similar to the current state of WWE. Could Nash be planning a resurgence of the infamous New World Order? Click here to read part one of "The Return of the nWo?"

If Nash were to reform one of the most influential groups in history, which current WWE Superstars could fit in with the group and potentially join the former leader of the black and white? 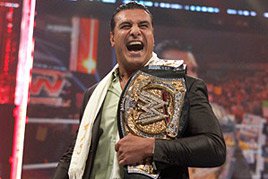 WWE Champion Alberto Del Rio has already benefitted from Nash’s actions, and if the nWo held the WWE Title, their ability to dominate WWE would increase tenfold. A Mexican Aristocrat whose vast fortune is flaunted by the expensive cars he brings to the ring, Del Rio would have the financial ability to support the nWo and could bribe anyone in WWE Management to sing the praises of the New World Order. With the WWE Champion also comes the nWo’s personal ring announcer, Ricardo Rodriguez. 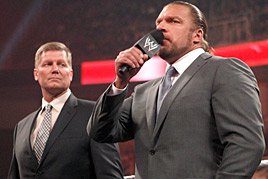 Triple H & John Laurinaitis could certainly fill the corporate role similar to the way WCW President Eric Bischoff had in the late 1990s. Already, Laurinaitis’ actions have made him untrustworthy. And similar to Bischoff, — who waited months to reveal he was part of the nWo — he could be a treacherous individual concealed by a suit and a smile. His position as Executive Vice President of Talent Relations also grants him the power to expand the nWo’s numbers and dispose of any rivals. 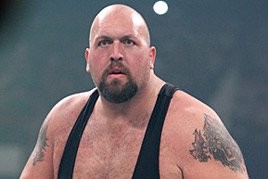 Nash isn’t the only familiar face from the original incarnation of the nWo who is a prominent figure in WWE. Big Show, currently sidelined with an injury, twice joined the New World Order in WCW and again joined when they reformed in WWE. Big Show no doubt lives up to the old adage, “when you’re nWo, you’re nWo for life.” Given the history of the group, its possible Big Show’s injury may not be as serious as thought and he is waiting for the right moment to reveal his allegiance to the black and white. 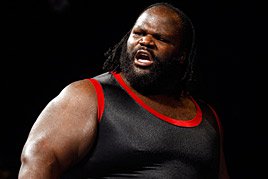 The original New World Order filled its ranks with some of the most powerful and imposing competitors of the time. Many of whom found direction and paths to success while wearing the colors of the nWo. If the leaders of the group could reign in Mark Henry’s unhinged rage, they’d have more raw power than the original incarnation of the faction. For Henry, an affiliation with the nWo could be the boost he needs to dominant SmackDown and capture the World Heavyweight Title. 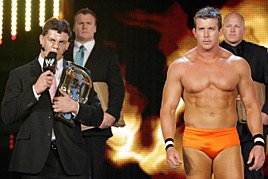 One of the nWo’s trademarks was to “brand” defeated opponents by spray-painting them with their three signature letters. Perhaps today’s nWo would feature Cody Rhodes and Ted DiBiase (whose fathers both donned the black and white); potentially using New World Order branded paper bags to humiliate their rivals. While both Superstars have forged their own paths away from the shadows of their Hall of Fame fathers, the New World Order is certainly in their blood. 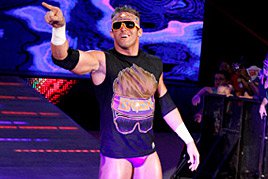 Another rising Superstar who could fit perfectly into the nWo is YouTube sensation Zack Ryder. His mastery of social media has created legions of internet followers, but could he really be the mastermind behind a viral campaign to make the “Zack-Pack” part of the infamous Wolfpack? 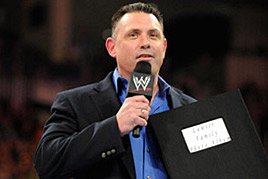 Michael Cole would certainly align himself with the nWo, not only for his own protection, but because he would know that the power rested in wearing black and white. Calling their in-ring action, Cole’s skewed style of commentary would be perfect to re-establish the nWo’s dominance over the airwaves.

Could this be the rebirth of the nWo? Join the discussion on Facebook.com/WWE and Twitter.com/WWE to voice your theories on a potential resurgence of the New World Order and who would fill out the group’s ranks.

Visit WCW.com for classic clips and more, and see how the nWo’s influence truly does exist today.

Raw results, July 13, 2020: Sasha Banks & Bayley have the last laugh ahead of The Horror Show at Extreme Rules