WWE Hall of Famer “Rowdy” Roddy Piper is no stranger to taking his talents and charisma outside of the squared circle. After all, “Hot Rod” is an icon of pop culture himself whose impact on sports-entertainment is one of the greatest of all time. Among the most charismatic Superstars in WWE history, Piper has held many memorable roles in film and television. However, now the WWE Hall of Famer tackles a new challenge – voice acting.

Green Lantern: Emerald Knights is an animated collection of six interlocking stories of DC Comics’ legendary Green Lantern Corps in anticipation for the live action summer blockbuster, Green Lantern. In one of the short films, Piper lends his voice to an alien bounty hunter named Bolphunga, who squares off with the ring-wielding space cops as The “Rowdy One” continues to cement his status in the annals of pop culture. (WATCH)

WWE.com spoke with the Legend about this new challenge and how his iconic in-ring career helped him prepare for voice acting.

WWE.com: How did the role of Bolphunga come about for you?

Piper: The director heard me do other voice-over work and she asked me if I would do the voice for Bolphunga in the Green Lantern short. I actually loved working with [casting director] Andrea Romano, and although I didn’t know a whole lot about the characters, it turned out to be a really fun experience.

WWE.com: Who exactly is Bolphunga and was there anything specific that drew you to him? 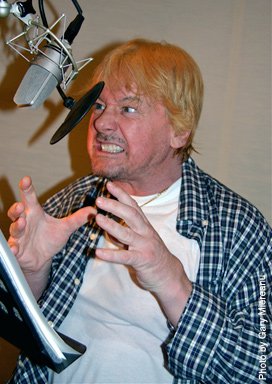 Piper: Bolphunga is this real bad guy with no redeeming qualities, kind of like Mr. McMahon. He’s this alien that just doesn’t care about anybody. Bolphunga’s attitude actually reminded me of a lot of past and current WWE Superstars, so it was a very fun role to play. And with no real redeeming qualities, I was able to bring a bit of myself to the role.

One of the things I tried to bring to Bolphunga from my experience in WWE is that, you can be as bad as you want to be, but you won’t get anyone’s attention unless you have something people can see and latch on to, a certain quality about you. Bolphunga is a little bit of a sissy inside because when things get bad for him, rather than stand up to adversity, he runs and hides. I really tried to use that to add an extra layer and personality to the character.

WWE.com: Did you ever read comics at any time in your life?

Piper: No, in fact, I’m the guy that walked into Stan Lee’s office and said “next time you do Batman, I’d be a great villain,” and then I found out that Stan Lee didn’t create Batman. So, I didn’t really have any background on the comics or the universe going into the role.

WWE.com: Having never read comics, what was the most fascinating thing you learned about the Green Lanterns?

Piper: Well, you’ve got to have the ring. Every superhero has something and Green Lantern has the ring. What’s really cool is I actually got a Green Lantern ring from the producers and I gave it to my son before he went into a mixed martial arts fight and he won. It makes me a big fan of the character because Green Lantern’s not just smashing things, he thinks a bit. From the animated perspective, they really try to bring the morality to the situations for the kids watching, you’ve got to have justice.

WWE.com: You’ve had numerous guest appearances and roles in movies and on TV over the years. What kind of challenges did voice-over work present? 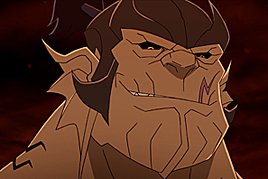 Piper: The viewers can’t see you, so when you have to portray yourself through your voice there’s a challenge to bring the character to life. I remember I did a character in Robocop years ago – Commander Cash. I wore this really ridiculous outfit and my face was covered, you couldn’t recognize me in the suit, you could only hear my voice. And I learned from that experience, that no matter how silly you look, you’ve really got to play the character, and that really applies to voice-acting as well. That’s something I really tried to bring to Emerald Knights. Also, being a WWE Superstar and the numerous interviews I’ve done over the years, you really learn to use your voice to convey emotion.

WWE.com: Appropriately, you are one of the most animated personalities in WWE history, do you think that helped you transition into voice acting?

Piper: From the perspective of getting up in front of millions of people, absolutely. With voice-overs, once you’re on, you have to just go. Back in the early days of WWE, I remember doing 20 interviews every Tuesday, one right after the other on different topics. That helps give you the confidence to use your voice, so I don’t think there’s a training ground like that that even compares to WWE.

WWE.com: Do you find it easier with animation to get lost in the character without being immediately recognizable as “Rowdy” Roddy Piper?

Piper: Oh yeah, I really do. Getting into the voice-over booth, there are no cameras and no inhibitions. As Roddy Piper, there’s so much built around me, so many different opinions of who I am, and the representation of a WWE Hall of Famer, so you don’t want to disappoint the WWE Universe. But in the recording booth, I get lost and can completely become a character – in this case, Bolphunga.

WWE.com: After your experience as Bolphunga, do you think voice acting is something you would like keep doing?

Piper: I really dig it. I did it for kicks, but I loved it and if someone asked me to do it again, I certainly would. What I would love is to have another voice actor in the booth with me so we could just play off of each other rather than just trying to go off of what you see in the film while you do the recording.

WWE.com: Outside of the recording booth and back into the ring, which current Superstar do you think most deserves to have a coconut smashed over their head, who isn’t named Zack Ryder?

Piper: [Laughs] Oh, there are so many, but definitely The Miz. I do have some respect for him because we played “WWE All Stars” against each other on Jimmy Kimmel Live, and he hung with me. But, you know, I should have bopped him in the head with a coconut.

It’s one thing to talk the talk; it’s another thing to walk after getting whacked with a coconut.