Throughout November, WWE Superstars and Divas are paying tribute to an important cause – "Movember." They’re showing their support for men’s health awareness by growing – or drawing on – mustaches. (PHOTOS)

“Movember is about mustaches – mustaches galore!” Kaitlyn told WWE.com. “But it’s also about raising awareness for prostate cancer and giving men’s health its own month – kind of like how Breast Cancer Awareness Month is in October. It’s all for a good cause.”

Kaitlyn is just one of several Superstars and Divas celebrating Movember by issuing a challenge to the WWE Universe to join their cause and support the fight against prostate cancer, plus other cancers that affect men.

“Movember consists of growing a gnarly mustache – for me, at least. It’s not a very good mustache, but I am letting it go all out,” Ted DiBiase admitted to WWE.com. “I'm very happy and proud to because it’s for a great cause. We are raising money for prostate cancer research and raising awareness to help battle prostate cancer.” 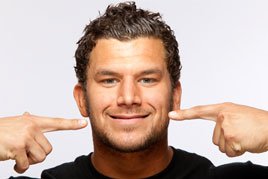 At the beginning of Movember, "Mo Bros" like DiBiase and Johnny Curtis start off clean shaven. Throughout the month, as they grow mustaches, they will raise money and awareness for their cause.

“My great uncle, Earnest, had prostate cancer, and a couple of my cousins have prostate cancer, so this is a really great cause for me, personally, having family members who have had it before,” Curtis said.

“I’m going to grow a caterpillar – a Theo Huxtable across the top lip," the NXT Rookie turned WWE Superstar explained.

"Mo Sistas" – such as Kaitlyn and AJ – will cheer on the Mo Bros in their cause, and have also started support teams.

“Originally, I thought, how could I contribute? So I thought, 'I’m going to grow a mustache.’ I tried and you know what? My genes won’t let me – not that great. It’s kind of there, but not really,” AJ joked.

“Movember is not just limited to guys. Guys are the ones who actually have the ability to grow mustaches for us, but girls can join our teams, too. We just did the fancy little mustache on the finger,” the Diva said, holding her index finger to her upper lip.

“You can get a Mario and Luigi mustache if you want. I saw a pair of sunglasses with a hanging mustache, so that’s pretty awesome. You can participate any way you want. Just join our team!” she said, encouraging the WWE Universe to visit her Twitter -- @WWEAJLee – for more information.

Like AJ, Kaitlyn hopes to gain Movember supporters online and through social media.

“My team name for the month of Movember is ‘Kaitlyn’s Dapper Dudes and Dudettes,’ “ the NXT season three winner said. “I’ve been retweeting a lot of awesome mustache pictures for people who have been submitting them to me. It’s really fun and it gives people a chance to be a part of it. So, if you have an awesome mustache, or if you can draw one on, definitely send it to me, and I will retweet it!” 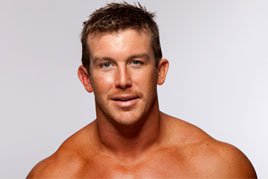 This is the first time DiBiase is growing a mustache, and he’s proud it’s in honor of Movember. “If this can be one of those things that brings awareness and attention and helps save some lives, then I’m on board,” he said.

Does DiBiase think his new look will stick? He says it just might grow on him.

“Maybe I’ll consult with the WWE Universe and see what they think,” he said. “Hey, if they like it, I might rock it for another month. But I do have to take Christmas card pictures pretty soon, so we’ll see. I have no qualms with rockin’ the ‘stache for a little while - as long as it’s not too itchy!”