Mark Henry talks about his induction

Mark Henry was inducted into the International Sports Hall of Fame at the Arnold Sports Festival in Ohio (PHOTOS). See what The World's Strongest Man had to say about his induction, what he's most looking forward to, and some of his favorite moments in his lifting career. Also, check out WWE's special gallery of Mark Henry throughout his career with WWE (PHOTOS) and some of his milestones in his impressive lifting career (STORY).

WWE.com Can you tell us about the honor of being inducted into the International Sports Hall of Fame?

Mark Henry: It's humbling, how my peers view me as not only one of the best Olympic power and weightlifters, but as an athlete. That's really refreshing, because I left my sport to come to WWE at 26, and I didn't even reach my prime in weightlifting. My numbers could have been astronomical, but I received lots of notoriety being The World's Strongest Man. 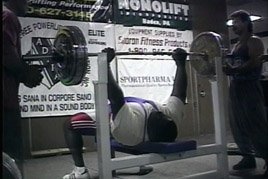 WWE.com: What did you enjoy the most about the Arnold Sports Festival weekend?

I'm looking forward to seeing all of the guys again. I want to let them know that even though I'm with WWE and not there every day, regardless of the fact that I'm not around, I'm still represented as a Strongman. I take a lot of pride in that fact. To be one of the greatest ones that ever did it, it's hard to put into words. It makes me emotional in the sense that what I've done will outlast me. To know that you will be in the International Sports Hall of Fame and that people for hundreds of years will know who you are and what you did, it means everything.

WWE.com: You're being inducted with names like Arnold Schwarzenegger and Jack LaLanne, what does that mean to you?

Henry: They were the cream of the crop in their fields. Just to be in the same grouping speaks volumes for how I'm viewed. I appreciate that by the committee and my peers electing me as worthy of that honor.

WWE.com: What was it like winning the Arnold Classic? 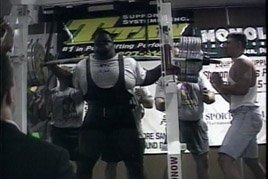 Henry: It meant a lot because that competition is geared toward the heaviest instruments in the world. To win that competition truly proves you are the
strongest man. You compete against eight guys, the best in the world. There's no dodging anybody and you lift the heaviest apparatus. It spoke volumes about my talent. I only had four months to train, because I was with WWE. If I had more time to train, I might've done even better. It's hard to better than first, though, you know?

WWE.com What has been your favorite power or weightlifting moment in your career?

Henry: Being 19 years old and making the Olympic team on my last lift. I went 6-for-6 and had a perfect Olympic trial. Making the team and being one of the youngest to ever go to the Olympics was pretty special.