Six reasons 'WWE `12' is the best wrestling game ever

The Evolution Of Predator Tech
WWE ’12 revamped its character animations to make sure gamers are treated to content that’s more vibrant and crisp than ever before. “It makes the in-ring action appear smoother, so it resembles what it really looks like when the Superstars are mixing it up in the ring,” Williams says. That’s also evident in the improved gameplay, which implements brand-new animation blending—a technical way of saying that characters are now able to interrupt a move mid-strike. Gone are the days when you’d have to wait for your opponent to finish a move sequence before you could jump back into the action. 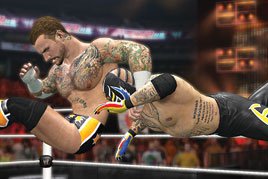 It’s Like Watching Raw!
THQ designers added 25 new camera angles to WWE ’12 to give the game a true TV-style look. Beyond that, they’ve removed the HUD—Heads-Up Display—to offer the screen a clean look that makes the whole experience the next best thing to watching Raw or SmackDown.

Realism
Randy Orton’s beard? Check. CM Punk’s “Cult of Personality” entrance theme? Double check. “We’re all big WWE buffs here,” says Williams. “So we want to make sure we show as much of a Superstar’s personality as we can by using current gear, music, and even entrance videos.” This year will also feature CM Punk’s brand-new chest tattoos as well.

The People’s Edition
For the first time ever, THQ is releasing a collector’s edition featuring The Rock on a shimmering foil cover. Not only is The Great One a preorder bonus character, but the special edition also comes with Blu-ray video of The Rock’s return to WWE last February!

Finishers!
Not only did THQ make finishers more exciting and easier to execute, but gamers are also allowed to “save” finishers as soon as they earn them. “You can actually store up to three finishers to use at any time,” Williams says. And cooler still, each stored finish comes with a “wake-up taunt” that puts your opponent in a groggy state, primed for a takedown. 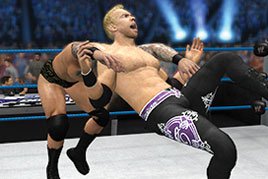 Down, But Not Out
If you’re on the receiving end of a prolonged beatdown, WWE ’12 triggers a special “comeback” mini-game that will swing the momentum back in your favor. “Comebacks are treated as abilities, and not every Superstar has one—but the ones who do have them are tailored to their persona,” Williams says. But you have to be quick, because your opponent can counter them, too—and then you’re really in trouble.

For an inside look at WWE ‘12, as well as an exclusive interview with WWE Champion Alberto Del Rio and a look at WWE’s best gamers, pick up the December issue of "WWE Magazine," available now.